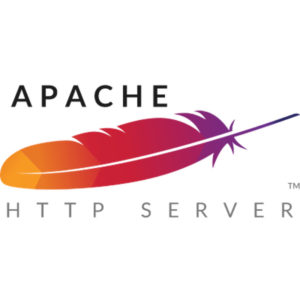 The Apache HTTP Server, typically called simply “Apache”, is a free and open-source cross-platform web server. Apache is the most widely used web server. As of March 2018, the Apache web server was estimated to serve 43% of all active websites and 37% of the top million websites.

Apache uses compiled modules to extend the core functionality. These can range from authentication schemes, popular compression methods, to supporting server-side programming languages such as Perl, Python, Tcl and PHP.

Instead of implementing a single architecture, Apache provides a variety of MultiProcessing Modules (MPMs), which allow it to run in either a process-based mode, a hybrid (process and thread) mode, or an event-hybrid mode, in order to better match the demands of each particular infrastructure.