Google AMP Is Not A Good Thing 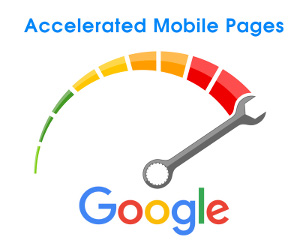 Do we really need Instant Articles (Facebook) and AMP (Google) when we can accomplish fast loading pages with plain, uncomplicated HTML and CSS?
Web developers can use simple HTML and CSS to make clear, fast loading pages. This does not require complicated tricks or techniques. The pages can still be made to be functional, and have good graphic design.

When AMP (Google’s Accelerated Mobile Pages) first came out, I was optimistic. AMP’s aim was to make the web faster, and I am aligned with that goal.

What I dislike was the fact that Google was caching AMP content, and serving it from their own cache and under their own domain name. In other words, instead of serving the content from my websites, it is being served from Google.com.

This is a clever scheme to “trap” users on a Google owned ecosystem.

To entice developers and publishers to implement AMP, Google let it be known that AMP enabled websites would rank well in Google search results. To be clear, Google has officially stated that AMP support does not affect site’s search ranking… but they made it very clear that they will penalize websites that do not render fast on mobile devices. AMP enabled content will render fast on mobile devices. Therefore developers came to the conclusion that AMP enabled websites would be a good strategy for ranking well in Google’s search results.

Another search ranking benefit of AMP, is that only AMP enabled sites are shown in Google’s carousel feature. Getting featured there must be very important for big publishers.