In the back and forth battle for who reigns supreme for referral traffic, Google has once again taken over the lead from Facebook. 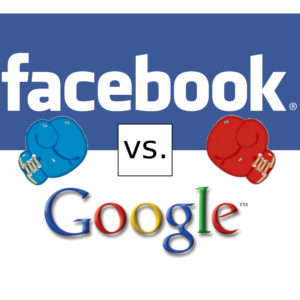 However beginning in February of 2017 websites began experiencing a significant and steady decline of referral traffic from Facebook, while refferal traffic from Google begin to slightly increase.

After six months of steadily declining numbers, Facebook referral traffic is now down over 25%.

It is important to point out that the decrease in referral traffic from Facebook has not affected all publishers equally. Some have seen huge drops in traffic, while others have seen an increase in the same period.

Two-thirds of the publishers saw a decrease in referral traffic over this period while the remaining one-third saw an increase. For half, traffic decreased a substantial 20% or more, and for 20% of publishers, Facebook referral trafic was cut by 50% or more.

Facebook continues to tweak the algorithms it uses to govern what posts appear in their News Feed. It appears that Facebook is downgrading the chances of content from Businesses and Organizations from appearing in News Feeds… perhaps in an attempt to create more demand for its advertising business.

This topic is discussed(and confirmed) in a BriteWire blog post titled: How ‘Facebook Zero’ Will Impact Social Media Marketing.